COP27 in Sharm el Sheik was an excellent opportunity for Africa and the world to ensure real change with regards to global warming. There is a massive opportunity for Africa to get it right. The major infrastructure for the continent is yet to be built. Therefore, identifying developmental pathways which are nature (and climate) supporting rather than eroding is of great importance. We have a unique opportunity to build modern vehicles to create green and climate resilient ecosystems and collectively bridge the gap towards net zero.

One of the major messages that emerged from delegates at the 2022 United Nations Climate Change Conference, commonly referred to as COP27, was that agricultural systems will have to change to adapt to climate change and improve food security.

Climate Change is an ever-increasing threat to human and environmental well-being and any further delay will diminish a liveable future for all Africans, as well as the global population. Time is of the essence, if it is not too late already. Past COPs have had a varying degree of impact, with COP27 seemingly aware of the fact that real change and impact was required. As a bunch of youths’ slogans put it: “no more blah blah”.

Countries like South Africa clearly have a coal addiction, with limited diversification at this stage, although there are some promising talks in certain regions. Alternatives need to create jobs, avoiding an employment vacuum, and maintaining livelihoods in areas dependent on mining. Minister of Environment, Forestry and Fisheries, Barbara Creecy, who was on a panel at COP27, mentioned the fact that while politicking in the Emalahleni district, she went from house to house, and literally every household had mining or Eskom overalls hanging on the lines. This is telling … alternatives need to create employment. Coal and energy value chains have played a role in economic transformation. It is important that there be structural changes to the economy and ensure economic diversification, but it is key that there should be a limit to collateral damage, and for Africa to become resilient to climate risks, while growing its economy.

We should be producing enough to ensure excess energy, cleaner air and improve our global competitiveness. This will all ensure a better, healthier environment, but Africa needs to “speed” towards a low carbon economy. Currently, 86% of South Africa’s electricity comes from coal fired power stations, with a carbon intensity greater than China. We need to transition into other sources, such as renewable, greener hydrogen. Decarbonisation is vitally important if South Africa is to hit its target of a zero-carbon economy by 2050.

Rising temperatures, increased sea-levels, droughts, increased fires, heavy rains such as led to the Durban floods, as well as massive heat waves, have more than doubled in recent times. This is not just a physical climate issue, but also a socio-economic and political concern. We are already having unnatural two-week-long heatwaves of over 42 degrees Celsius in areas where these kinds of temperatures are unheard of. There have been more cyclones in Mozambique since 2020, than in the previous decade.

In some parts of Africa, 60% of jobs are in agriculture, and people live in river deltas and flood plains in areas where informal housing and livelihoods are most impacted. It is about adaptation, and not just mitigation. We need to adapt and identify co-benefits like never before.

Then there is the issue of the blanket planting of trees in areas where trees didn’t naturally occur, such as grasslands. Many organisations are trying to do good, but often this results in a series of negative impacts. This may result in land-use change, and competing water uses resulting in reduced water availability, often in areas where water scarcity is already an issue. There may be more, and more intense fires, and a loss of food security and biodiversity. All of these elements carry huge risks in fragile socio-environmental and economic environments. The real, big impacts are still to come, as we are currently experiencing a 1.1 degrees Celsius increase, where the Paris agreement pegged a lower-acceptable limit of a 1.5 degrees Celsius increase, and a 2 degrees Celsius upper limit. There are huge risks already with hitting a 2 degrees Celsius increase, with a massive increase in biodiversity loss putting 18% of species at risk. This coupled with the impacts on agriculture, will have devastating impacts on natural and urban environments.

Currently, only 3.8% of global climate research funds are focussed on Africa. There is a huge imbalance here, especially since only around 4% of the global emissions come from Africa, while Africa will in many cases bear the brunt of global warming and the impacts of climate change.

There has to be an increased focus on a circular economy, ensuring what we make, we use and recycle, rather than a linear one in which we take, make, and dispose of.

Food, mobility and housing are said to create 70 to 80% of global environmental impacts, and focus needs to shift to take the long-term socio-sustainable environmental impacts into consideration. It is reported that 77% of South Africa’s greenhouse gas emissions come from energy. The focus needs to be on creating circular business models which consider the role of entrepreneurs and motivate for circular entrepreneurs.

We need to understand the barriers and ensure a positive force for change in the climate space. Technology has grown in leaps and bounds, and block-chain and artificial intelligence technology must contribute to ensuring viable business model designs. We need to give thought to design, waste and nature-based solutions. Nature-based solutions show great promise and opportunities for local people. Major barriers remain financial and economic viability, developing and understanding supply chains and markets, as well as organisational structures. Margins are often thin, and expenses often exceed income initially. These enterprises themselves need to have a strong motivation for the development of circular economies.

It is important that policy and financial assistance from governments remains a priority and that research is targeted to fill any missing gaps. Governments in Africa have a massive role to play in blending capital, the development of policy around green infrastructure and reducing reliance on resources.

It is important that governments contribute to reducing the global carbon markets and make for a greener Africa, while creating many more jobs. Projects supported financially need to have a return, and not expect there to be one fit for all purposes. COP conversations are an important step in the right direction, but more is required from the global north. This is not charity, it’s not baling out “poor” Africa, but paying for real damages done. Oppenheimer Generations Research and Conservation has funded and assisted in the development of in-depth technical reports highlighting an African climate-position on land and oceans. More African billionaires need to come to the table, adding their voices to the cause, and partnering with like-minded individuals across the continent. 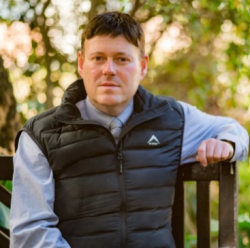 Reserve managers often agonise over whether a particular park has too many or too few elephants. Instead, they should look at whether natural ecosystems are functioning properly to support biodiversity.