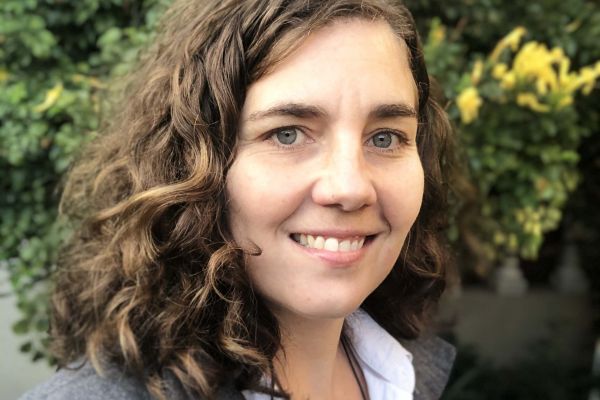 “Everybody needs a park,” says Dr Peta Brom. How to fit them into the design of cities to maintain and develop biodiversity is her passion.

Describing what stimulated her interest, she says “I was working as a sustainable building design consultant, and I became aware that we didn’t really know how to design to incorporate nature and biodiversity into our cities. I wanted to change that and embarked on a research journey to do so. The more I learned about it, the more I discovered how important it is for people’s well-being to have regular contact with nature. I have come to believe that access to nature should be a human right. Unfortunately, we are not currently planning our cities to ensure equitable distribution or optimal delivery of the benefits and ecosystem services associated with green space. Vulnerable and at risk citizens are the most negatively affected.

“When well-located and carefully designed,” says Brom, “they provide buffers against heat-waves and flooding. But, in the context of the African city, available green space is being lost to rapid urbanization. We need better tools to help planners identify the best locations for parks and biodiversity networks, and to capitalize on the multiple overlapping benefits that a park can provide.

Illustrating her method, and the insights she gleaned from her research, Brom says that “during my PhD, I used pan traps to sample pollinator diversity in urban parks. I had to carefully consider where I would place them to avoid being trampled, but I could usually find a layout in which they would be undisturbed for two days. In some parks, I had to try a few times before I would find the right combination.”

“In the poorer communities,” she says, “I would drive around to find a park that had good opportunities for the neighbours to be watching (passive surveillance). This was for my own safety, but it also meant that the park was safer for the neighbourhood children. In one such park, my sampling pans were trampled and kicked no matter where I put them. One day I arrived to set up in the afternoon after the local school had closed and I understood why. On one side of the park, there were women leaning on their property wall watching the children and talking to each other. The local pastor lived in the house at the other end. It was a small park, not much more than a 500m2 plot, but, in this high-density neighbourhood it served an overwhelming number of children who crowded onto it after school. It showed me how much this community needed green space, and how little there was available that provided safety and quality. There was not a single blade of grass available for me to set up on. I abandoned sampling there.”

If she wins the JWO Award, she says “I will do a multi-city study of urban biodiversity patterns and green space distribution. I will use satellite imagery to analyze spatial patterns in the city, including building height and density, the arrangement and accessibility of green space, as well as a number of other important spatial metrics. I will then gather biodiversity data through a combination of citizen science-obtained data, and empirical field observations. I will use this information to unpack which types of urban layouts are best supporting urban nature in the African context, and how equitably, the associated benefits are distributed. I will produce a set of decision-support maps that will help policy-makers and urban planners make informed decisions about the location and integration of urban green networks during urban expansion.”

Brom says she finds the current rate of biodiversity loss “really scary”, but she is heartened by the “many incredible people applying themselves to developing strategies for supporting wildlife within cities. I am encouraged by the groundswell that is happening due to the availability of increasingly good quality crowd-sourced data and community activation. It is really exciting to be a part of it,” she says.

She is not the type to let the challenges weigh her down, and says that what gets her up in the morning is the “sky over Africa, [which] changes every day, from moment-to-moment. It fills me with wonder and I don’t want to miss it, so I get up.”

What part of her life are people unlikely to know about? “People are often surprised to learn that I secretly like to watch scary movies,” she says.

Dr Peta Brom has a PhD in Biological Sciences from UCT. Her dissertation is titled “Monkey beetles on the beat” – monkey beetle assembly along urban environmental gradients, and landscape management practices to support them.”

Her M.Phil, Environmental and Geographical Sciences, also from UCT, is titled “There might be a frog in McElligot’s Pool” : Gardens as habitats for frogs and people’s attitudes to them in their homes”.

She is currently a Postdoctoral Research Fellow in Integrated Green Infrastructure Planning (GRIP) at the University of Pretoria, in collaboration with Aarhus University.