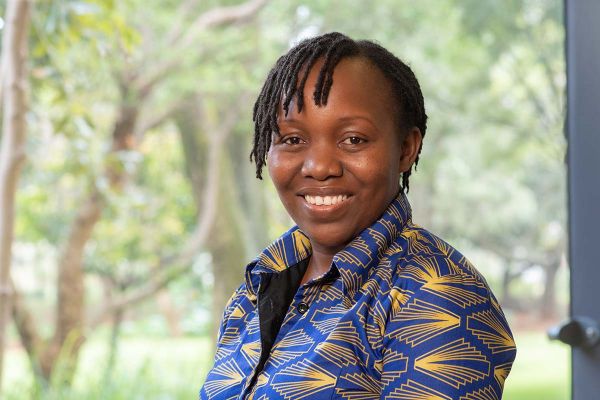 “I honestly could not believe how much we do not know about our lake,” says Dr Tiwonge Mzumara-Gawa about Lake Malawi, “our country’s pride and world No 1 for fish biodiversity”.

This realisation dawned on her when she embarked on research “to contribute towards efforts in better monitoring of our freshwater systems, and ensuring decision-making informed by data”.

“In 2017,” she says, “as part of a spatial ecosystems mapping project, I realised that apart from fish data, and some water quality information, we really knew very little about the freshwater ecosystem. We failed to come up with an ‘ecosystem condition’ map for the lake as the data was simply not there. So at that time I began to establish partnerships with people who work in Water Ecology, [and we] started to craft student projects that have begun to collect some freshwater data.”

Mzumara-Gawa says “I hope that my research can show freshwater systems are not just about water and fish. I hope to show that when experts from different disciplines choose to collect and share data on the lake about their fields, then bring that data into one system, we have a powerful inclusive monitoring tool. A tool that though built for one purpose (in this case monitoring pollution), can inform decision making for a multiple other issues such as climate change, species interactions, diversity, distribution and change over time.”

She says this field of research is relevant because “freshwater ecosystems are important for biodiversity and livelihoods. They are also facing numerous threats that threaten their continued existence. It is important that these systems are well managed to ensure their health for the future.”

She says that while this project will focus on one threat (pollution) and its impact on bacteria and fish, “it will also collect data on other taxa that are also part of the lake system. The pollution and species data will be put into one information system to analyse the relationships between issues of pollution and species occurrence.”

Mzumara-Gawa’s previous research “has mainly been looking at single species in the terrestrial system,” but she says that while “this is indeed important, I am everyday finding out that a multi-disciplinary approach to biodiversity is what we need. The information we each generate in our specialties is much more powerful when we bring it together to address various issues.

She says that if she wins the JWO Award it will be a boost to further this mission, and “give me a chance to build something that I strongly believe will be a game changer for Lake Malawi”.

Her drive for information is also informed by a concern about the lack of access to biodiversity data in Africa to inform decision making. “Researchers are still reluctant to make data freely available,” she says, and “this means some places are over studied when those funds could have gone elsewhere. In Malawi, I know that unwillingness to share is also because that data is often the source of income through consultancies.” If people share their data, however,  Mzumara-Gawa believes they will be better informed, and this in turn will influence how they address challenges.

For this reason she believes that “the development of the field of Biodiversity Informatics is truly a game changer, highlighting the importance of species data. ICT technology opens a different way in which biodiversity data can be explored and understood. It is also going to allow scientist to see the importance of being able to share your data and have others also be able to use it. The field also makes it possible to reach out to policy makers.”

Mzumara-Gawa’s secret obsession, she says are ‘Village Savings Groups’. “I am obsessed with these. I belong to like three of them, serving on the committee for all of them”.

Her overall guiding lights, she says, are “my daughters, my love for nature and my passion to make a difference”.

She captures her motivation by quoting Sire Peter Scott, the founder of the World Wide Fund for Nature: “We shan’t save all we should like to, but we shall save a great deal more than if we had never tried.”

She obtained her BSc from Chancellor College, Malawi, her Masters in Conservation Biology from UCT, and her PhD in Ecological Sciences from the University of KwaZulu-Natal.