Imagine a 12-year old girl immersed in a coral reef, taking in all the sights of shoals of exotic and vibrant fish. Then all of a sudden this underwater paradise is polluted with plastic, oil sludge and the colourful corals bleached. Soon, the vibrant shoals of fish are but a distant memory.

This is among scenarios that come to mind when one considers how virtual reality technology can be put to use in promoting conservation.

The use of hi-tech was the subject of a Tipping Points webinar hosted by Oppenheimer Generations Research and Conservation on 24 November 2022.

The meeting looked at how conservation is transforming Africa through technology and how it might help people and the planet tackle climate change.

Watch the webinar recording below or on the OGRC YouTube channel here.

Irene Amoke tackled the fact that when lions prey on livestock in Kenya they risk poisoning or a spear from furious farmers. Might there be a way to reconcile the needs of pastoralists with those of predators?

Amoke, who is involved in projects to conserve predators in the Masai Mara Reserve, believes it can be done, and her trust is already harnessing technology to help humans and wildlife co-exist.

Such technologies can be used to warn farmers when lions are about and education can equip farmers with methods to protect their livestock.

The Kenya Wildlife Trust is also using artificial intelligence to identify individual animals – be they lions, zebras or cheetahs — so conservation measures can be better targeted.

But Amoke cautions that although technology offers solutions to many human-wildlife problems, it has its downsides.

“We are confident there is a brighter future for technology in conservation, but then being very cognisant of some of the challenges that we face in terms of funding, because technology is not cheap,” says Amoke.

She also says capacity building is needed to equip conservationists with the skills to use technology.

How does Africa conserve its biodiversity while managing a growing human population?

Like Amoke, SANBI’s Matthew Child reckons technology may be part of the solution as it lets us identify trade-offs and nature-based solutions.

He mentions remote sensing as a particularly valuable form of technology that lets managers quantify aspects of the wildlife economy to allow for better decision making.

With 2666 satellites orbiting earth and nearly a third of these used for earth observations, there is tremendous scope to measure patterns of biodiversity at scale, quantifying habitat loss and better understanding which ecosystems are threatened. Satellite imagery can also be linked to open-access technology platforms, like Global Forest Watch or Google Earth, to monitor biodiversity loss.

Also like Amoke, Child offers some caveats. He cautions that we should guard against being dazzled by technology for its own sake and quotes the writer and environmental activist, George Monbiot, “At the end of the day technology is a tool that can be deployed to make things better or worse, it is not a substitute for confronting power.”

Child says technology can be a double-edged sword if we fail to interpret the data it supplies us correctly. And unless we view the data through a lens that takes into account the landscape and socio-economic realities we risk undermining wildlife economies in Africa. “We should simply see tech and remote sensing as a conversation starter with landowners and communities and not the final say.” Child feels technology should be used as a conversation starter between landowners and communities rather than to provide the final say. It’s all about fostering an environment where nature-based solutions can be found that benefit all.

Bruce Jones feels technology has the potential to revolutionise conservation.

His job involves supporting conservation managers and others to implement EarthRanger, a data visualisation and analysis software package that collects, integrates and displays historical and real-time data available from protected areas.

“EarthRanger is a map-based platform whereby a lot of different sources come into a common platform,” says Jones. “On a screen one can see live positions of aircrafts, vehicles, animals, ecologists, rangers and anything that can be tracked. (These) would go into EarthRanger and be displayed so the protected area managers can see what’s going on.”

He says the free-to-use software assists with patrol management and directing rangers. For example, warning rangers of snares. It also aids wildlife monitoring, helping managers to understand the home range and behaviours of animals.

Similarly, researchers can use EarthRanger for ecological monitoring, with the system gathering data in the field for later analysis.

In the case of woodlands, for example, remote monitoring using satellite imagery lets researchers and managers track the effects of deforestation and keep tabs on veld fires. The information can be shared among organisations and the data used for real-time decision making.

Conservation is not a wildlife problem, it is a people problem, says Lebo Leitch of production studio Habitat XR. To address this, she says, Habitat XR works to connect people and nature using augmented and virtual reality, holograms and location based installations. The idea is to change people’s behaviour and outlook on the natural environment.

These immersive technologies, as they are known, have been found to foster empathy among participants. They let people experience the natural world in a way that could never be done in real time, says Leitch.

She says research at Stanford University looked at how the brain could be hacked, as it were, inspiring behavioural changes in individuals. Virtual reality was identified as a way of doing this and the term “telepresence” was coined to describe how the brain can be led to believe it’s in a place where the body is not.

“In this way, if the person is appropriately immersed we are able to convince them that they are in the Himalayas or face to face with a gorilla, places that the average person would not be able to go,” Leich says.

When this happens, the experience goes from an observation to an interaction, making the engagement personal.  Such an experience makes the participant more open to conversation and understanding the costs of not having a particular animal in the future or of a certain biome disappearing.

The technology, in partnerships with the Dian Fossey Gorilla Fund, Marine Megafauna Foundation and the World Wide Fund for Nature, has already  helped to raise funds, create awareness through environmental education, and inspire policy change.

And some see it as just the beginning of revolutionary change in the conservation space.

This story was commissioned by Jive Media Africa.

Maxcine Kater is marine biologist interning at the Department of Forestry, Fisheries and the Environment. She is also enrolled on Roving Reporters Coastal Resilience Reporting Project – an investigative journalism training initiative established with the support of the Henry Nxumalo Foundation. 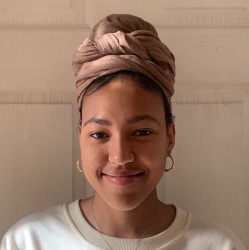