Africa’s iconic wildlife forms a key part of the continent’s identity and is globally significant, both ecologically and economically. As the twenty-first century progresses, how is Africa’s economy likely to evolve and what role will this vital natural heritage play within it?

Emerging from the ravages of the COVID-19 pandemic, Africa faces some sobering realities. In the short run, public and private custodians of wildlife and natural areas face severely reduced income streams and growing pressures to exploit natural resources. COVID’s disruption of international tourism cut off critical revenue flows to many wildlife conservation initiatives and its general effects on the economy have constrained the extent to which governments and multi-lateral agencies can step in and provide subsidies to compensate for these losses. The pandemic’s negative impact on rural livelihoods has also increased the incentives for impoverished people to harvest more wildlife for food and profit.

In the longer run, Africa is set to continue its trajectory of rapid human population growth and urbanisation, which will fuel demand for a range of natural resources against a background of destabilizing climate change. Exactly how this affects African wildlife will depend on the nature of economic development, shaped by a combination of varying socio-political and governance factors, including the application of emerging technologies.

In pre-historic times, Africa’s wildlife was closely intertwined with the lives and livelihoods of our human ancestors, who depended upon it for their survival. The advent of agricultural practices started to reduce this dependence but until the twentieth century much of Africa remained relatively sparsely populated by humans with abundant wildlife that was regularly harvested. Indigenous African people had established customs that regulated wildlife use, but when European colonists arrived with guns they treated Africa’s wildlife as an open access resource, indulging in unsustainable levels of hunting for profit and sport. The Cape colony in what is today South Africa was the first to experience a human-driven extinction of a large African mammal species (the bluebuck) and by the late nineteenth century most of this region’s wildlife had been lost to hunting and habitat loss through land conversion. Whereas much of Africa has since followed this trend, the establishment of state protected areas (SPAs) – such as national parks and game reserves – throughout the twentieth century has helped to mitigate it.

However, SPAs have been no panacea. Initially established during colonial times and mostly pursuant of a ‘fortress conservation’ approach (which prohibits all hunting and harvesting), many such areas carry a legacy of forced removals of indigenous people, harming their lives and livelihoods. This has frequently undermined the local legitimacy of SPAs and subsequently led to various forms of resistance, from poaching to outright land invasion (and gradual conversion to conventional agriculture such as livestock and crop farming). Outside of parks, many governments created state-controlled hunting concession areas, but these were often for the exclusive use of foreign tourists (‘trophy hunters’) and created similar resentments and reduced incentives for local support. These problems persist across large parts of Africa today.

As an antidote to the negative aspects of fortress conservation, two new approaches to wildlife governance were developed in the second half of the twentieth century, with both involving the devolution of authority from central governments to more local levels and the embrace of regulated wildlife utilization options that included hunting and harvesting. The first comprised wildlife management (ranching) on large tracts of private land, and emerged in southern African countries such as Zimbabwe and South Africa, as well as in Kenya. The second was the establishment of community-based natural resource management (CBNRM) initiatives, whereby local people were empowered to manage and benefit from the wildlife in the vicinity of their communal lands.

Both approaches achieved varying levels of government support and success. Despite its critics, wildlife management on private land in South Africa received strong legislative support and resulted in remarkable recoveries of various threatened species and large scale conversion of degraded agricultural land to more biodiverse wildlife habitat. In contrast, this approach was stifled by the retention of state wildlife ownership and a 1977 hunting ban in Kenya, which has since lost some 70% of its wildlife. Experience with CBNRM across the continent has also varied considerably, with frequent government resistance to meaningful devolution.

Not only do wildlife governance arrangements vary widely across the continent, but different interest groups continue to disagree over policy goals in relation to its management and use. Some focus on people-centred conservation: efficient and sustainable wildlife use, and the equitable sharing of economic benefits. Others are more concerned with maintaining healthy ecosystems and ecologically functional wild populations of species. Yet others are more concerned with the welfare of individual animals, especially those with high sentience such as elephants, and may thus oppose lethal management and extractive commercial exploitation of these animals. These concerns are somewhat in conflict with one another and inevitably require trade-offs in policymaking and practice.

Africa’s wildlife heritage delivers economic benefits at multiple scales. Large biodiverse and ecologically intact landscapes deliver global benefits through the provision of ecosystem services, including carbon sequestration to counteract climate change. They further deliver national benefits as drawcards for tourism and stimulants for economic activity and provide more local benefits to communities from a range of linked activities, including employment and harvesting opportunities.

However, maintaining large and intact wildlife areas also carries significant economic costs, and these tend to be disproportionately concentrated at local levels relative to the more widely shared benefits; the latter may be appropriated through a multitude of secondary wildlife-based enterprises such as filmmaking, travel, hospitality, ex-situ zoos and safari-parks, animal rescue schemes, and other emergent virtual wildlife experiences, all of which tend to direct limited meaningful financial flows back to the maintenance of the wild source assets. The obvious challenge for conservation is that if local people fail to benefit from such secondary industries, they may be more tempted to engage in short-term harvesting practices (e.g., poaching for meat and tradable high-value wildlife products such as ivory, rhino horn, and pangolin scales), from which they can benefit directly and tangibly.

When it comes to wildlife and its role in the economy, contemporary Africa thus finds itself amidst a plethora of competing demands, varied approaches, and diverse results – as well as in the crossfire of fiercely contested policies in relation to wildlife management, harvesting, and trading practices. A robust future African wildlife economy will need to appropriately navigate this policy conflict across different scales of governance, and further harness new technologies and sources of socio-economic support, guided by good data and inclusive ethical standards.

Governance of the African wildlife economy should be informed by the lessons of the past and anticipate future trends and plausible scenarios. However, much of the past is poorly documented: reliable data are scarce, scattered, and inconsistent, and much of the analysis thereof has been through narrow disciplinary lenses. There has also been surprisingly limited evaluation of how varying institutional arrangements and policies affect performance. Such knowledge gaps are at least partly responsible for current policy conflicts on topics such as hunting trophy imports.

However, better knowledge alone cannot resolve conflicts that are driven by underlying differences in human values, which also evolve and shift. Navigating these differences in human values requires ongoing constructive and inclusive dialogue to achieve acceptable compromise. The future of Africa’s wildlife economy depends in no small part on continually forging sensible political solutions to competing claims and ensuring that benefits are appropriately captured and directed to where they are needed.

Adaptive governance mechanisms that meet these criteria are key to building wildlife economies that are a win for wildlife, a win for humans, and that provide a fair share of resources for all. 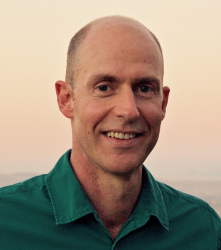