Wild plants are of fundamental importance to the wildlife economy, it was emphasised at a dialogue on how to protect and grow the sector, held in Stellenbosch in early March.

Getting plants to market: the case of the baobab

Gus le Breton of the African Baobab Alliance, and CEO of African Plant Hunter, said the role of wild-harvested plants in rural economies is undervalued because of their frequent use for non-commercial purposes, such as fuel, shelter, food, medicine, and shade. He noted: “It could cost Africa billions of dollars per year if you removed the plants, and rural people would then have to start paying for such goods and services.”

Le Breton said markets for shea butter, argon oil and rooibos had a far bigger footprint than that of baobab. These markets have developed “organically” over the years. In comparison, Le Breton said that baobab was the “first natural ingredient to be deliberately and systematically developed for the benefit of smallholders in Africa.” These include cosmetics, health snacks, juices, bars, jellies, and cereals. But, he said, “it has taken 20 years get to a point where we now have various products on the market… some US$500 000 was spent just to get approval for market access in the European Union. It will cost another US$250 000 to gain legal access to China, which is potentially a huge market.” Gaining this market access is a process those involved in African plants, such as the marula, are pursuing.

Although some countries, including South Africa, have policies that support the commercialisation of indigenous plants, others have laws that make it difficult. “In Zimbabwe, for instance, there is still an act on the suppression of witchcraft, which does not allow for the making of muti [traditional medicine] from indigenous plants.”

AWEI interim COO and newly appointed CEO of the FairWild Foundation, Deborah Vorhies, said “around 60 000 plant species are used globally for medicinal purposes, of which 26 000 have well-documented medicinal and aromatic uses. Only around 3 000 species are traded internationally, with the majority being sourced through wild harvesting.”

Vorhies focused on the need for responsible harvesting and trading of wild-harvested plants such as Africa’s baobab, rooibos, myrrh and frankincense. According to the International Union for the Conservation of Nature, the conservation status of only 19% of all medicinal plants being used globally has so far been assessed. Of these, 10% are considered to be threatened.Vorhies highlighted how the FairWild Foundation champions the setting of an international sustainability standard for fair and sustainable wild collection, through the provision of a third party audited certification for wild harvested plant ingredients. “It combines fair trade principles with ecological sustainability,” she said. Twenty-five species from 14 countries have already received FairWild certification.

Sharing the benefits of rooibos

“The issue of land dispossession in South Africa is making it difficult for communities to participate in the plant-based economy,” said Sobanto Mzwakali, newly appointed programme coordinator for Resource Africa.

Importantly, sharing benefits is not always about monetary benefits to amend the wrongs of the past. “At least give communities access to land to collect plant, without fear of being arrested,” he suggested.

Mzwakali explained how the UN’s Nagoya Protocol on Access to Genetic Resources and the Fair and Equitable Sharing of Benefits Arising from their Utilization is playing a key role in changing the relationship between people and nature.

He noted how biocultural community protocols (BCPs) can be used by communities to articulate their rights and how they want to be approached in access and benefit sharing agreements. Having a BCP in place since 2013 had helped the Khoikhoi community reach an agreement with the South African Rooibos Council in 2019 regarding the terms of benefit sharing and access to benefits.

The Khoikhoi People’s Rooibos Access and Benefit-sharing Biodiversity Trust was set up in 2019, but, although money had already been paid from the rooibos industry to the Trust, communities had not yet received any funding. “The money is still sitting with government,” said Mzwakali.

The potential for mangrove carbon

AWEI Director, Dr Francis Vorhies, highlighted the role that mangrove restoration can play in protecting coastlines from storms as well as as a source of carbon sequestration. “Successful projects have been implemented in Senegal and Kenya and there is potential for similar projects in Mozambique, Tanzania, and Nigeria,” he said.

In Senegal, the French multinational, Danone, invested in a large-scale mangrove carbon project. In Kenya, a local coastal community has been able to certify its mangrove carbon and sell it. South Africa’s 2000 ha of mangroves along its north-eastern coastline offer great carbon sequestration opportunities.

Coastal communities across Africa face regulatory and technical barriers to entering the market for mangrove carbon. Securing certification for a mangrove restoration or conservation project is complex and so new initiatives, such as Fair Carbon, are emerging to support these communities. In all cases cited by the presenters, opportunities exist. Le Breton highlighted the fact that “despite a long tradition of use, African plants hold only a small proportion of the global market”. Adequate investment in the sector has been lacking, and its value has only recently been recognised. “Africa is the new frontier for natural ingredient research. The major global market trends are toward natural and healthy; this creates opportunities for small scale producers,” he said.

Dr Duncan McFadyen, Head of AWEI partner organisation, Oppenheimer Generations Research and Conservation, added, “We are delighted that AWEI has initiated this important dialogue profiling the importance of plants in wildlife economies. No doubt that, “plant blindness” has wasted opportunities in the development of African economies. Investigating and unlocking the economic potential of wild species, including plants, is key to our partnership with AWEI.” 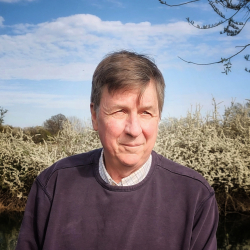