You call it "overgrazed", I call it "grazed": Who is right?

A common narrative in conservation circles is that traditional livestock production systems are unsustainable and result in overgrazing and rangeland degradation. We know that some level of grazing may actually be beneficial to the landscape, but when does grazing become a problem to rangelands?

Virtually all rangelands across the world are grazed to some extent, either by domestic livestock or by wild herbivores. Often, this grazing may be compatible with or even beneficial to long-term goals of maintaining rangeland productivity and biodiversity. ‘Overgrazing’ is a term that has been used loosely to describe a situation where repeated heavy grazing reduces productivity of the land and its ability to support biodiversity and important ecological processes. To avoid overgrazing, rangeland practitioners, including pastoralists, ranchers and conservationists are often compelled to make interventions to avoid keeping too many animals in one place for too long. But how many animals are too many and how long is too long?

There is a worrying lack of consensus among different rangeland practitioners about what constitutes an optimally grazed system versus an overgrazed system. This divergence in opinion results in different value systems among practitioners, as well as a lack of a clear framework to define and characterize overgrazing. Most decisions on whether a system is overgrazed or not are based on assessments of the available grass biomass and changes in composition. There are several reasons why simple descriptions of vegetation cover and composition, as the criteria for assessing overgrazing, may be misleading.

First, we need to recognize that there exist ecologically functional systems with high productivity and diverse composition, but low grass biomass because they are heavily grazed. These systems, which have been dubbed ‘grazing lawns’ are dominated by characteristic grass species that can tolerate heavy grazing. A recent review paper by eminent researchers in Africa, led by Gareth Hempson, emphasizes than grazing lawns are important landscape features and they reveal a long co-evolutionary history of grasses and large mammal grazers. Therefore, grazing lawns need not be misconstrued as overgrazed just because they have low grass biomass. Much of the biomass produced in grazing lawns is inside the herbivores, and consequently not easy to see from satellites. 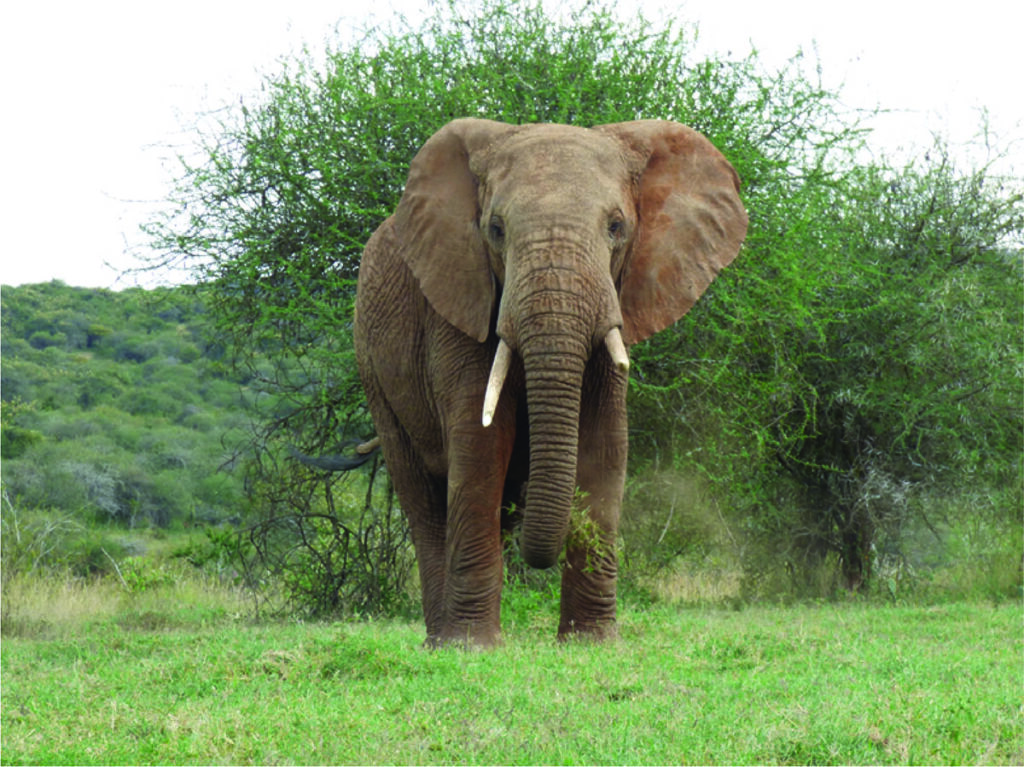 Elephant feeding in a grazing lawn at Mpala Research Center in Kenya. In this system, grazing lawns attract diverse groups of herbivores, including the large megaherbivores such as elephants. Photo Credit: Duncan Kimuyu

Secondly, it is possible that rangelands may succumb to overgrazing without changes in species diversity, yet most discussions around overgrazing are center on loss of diversity. For example, as grazing pressure intensifies, some of the perennial grass may be replaced by annual grasses and forbs, maintaining high species richness while becoming less capable of supporting animals and important ecological processes.

While species richness is not necessarily a helpful measure of ecosystem health, the functional traits of the species involved, and how these integrate to affect ecosystem functional properties like soil erosion, are much more useful. This sort of detailed assessment cannot be done using existing freely-available satellite technology. As a result, even when the local knowledge and understanding are available, spatial maps of overgrazing/degradation often resort to using crude satellite-based methods that miss these important distinctions.

There is no doubt that grazing beyond the level that can be supported by rangelands is detrimental to the future of these landscapes. However, communities and landscapes are often misclassified, which means they either don’t get the support they need to make appropriate interventions to avoid overgrazing, or interventions are put in place that are inappropriate and sometimes even damaging.

One example includes a communal rangeland in Kwa-Zulu Natal that was considered overgrazed and therefore set aside for a new bamboo plantation, resulting in the permanent transformation of this ecosystem and loss of biodiversity and grazing resources. A similar example, involving introduction of Prosopis juliflora in semi-arid regions in East and Central Africa to green-up drylands, resulted into widespread bush encroachment and loss of grazing land. Prosopis juliflora is a prolific disperser, and it chokes out the native plant species in areas where it has invaded. 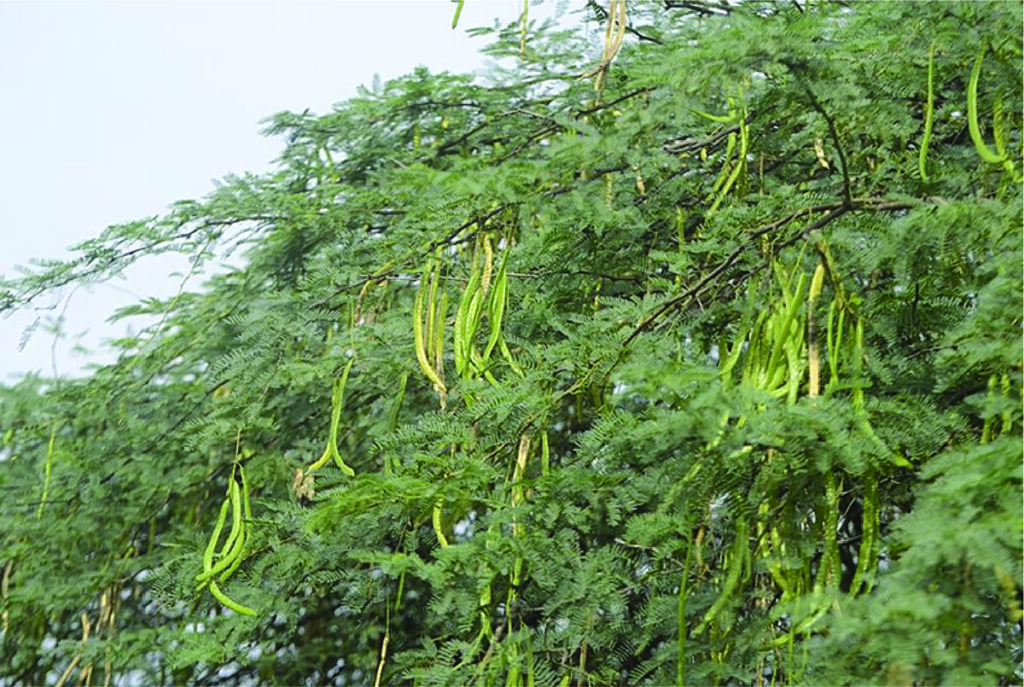 Prosopis juliflora, an invasive tree species introduced in many parts in east and southern Africa in efforts to green-up drylands. Source: https://commons.wikimedia.org/wiki/File:Prosopis_juliflora_JEG8381_01.jpg

We need to redefine overgrazing in an unambiguous way, using objectively assessable criteria so as to provide rangeland managers with the tools and the information that they need to effectively address challenges surrounding grazing prescriptions. Rangeland managers need the right tools to accurately diagnose and identify the point at which degradation starts occurring as a result of heavy grazing. Missing this early warning signal has pushed many rangelands to a level where restoration is impossible or economically unviable. The development of objective criteria for assessing overgrazing will also help debunk some of the myths surrounding some land use options such as pastoralism and traditional communal land use. We need to introduce a measure of realism into the overgrazing and degradation debate.

A group of researchers, including Sally Archibald, Duncan Kimuyu, Tristan Charles-Dominique,  and Jacques Gignoux have teamed up to investigate changes in vegetation characteristics across a grazing intensity gradient; from heavily grazed systems to systems with minimum grazing. This ambitions research project, which is part of Future Ecosystems for Africa (FEFA), funded by Oppenheimer Generations Research and Conservation (OGRC), seeks to revise the current definition of overgrazing, which is mostly anchored in changes in vegetation cover and species composition, to include other objectively quantifiable attributes such as changes in functional traits associated with different ecosystem properties, such as how much grass grows within a given period and the ability of soils to withstand soil erosion.

Other researchers have shown that these functions can be substantially altered in a degraded landscape, and it takes substantial resources and time to restore rangelands to their original glory if there are major disruptions in these functions. Key to avoiding that scenario is the ability to predict a rangeland that is approaching those tipping points and respond with the right interventions. The team will be working with researchers across East, West, and Southern Africa to produce comparable data on changes in selected ecological traits across a gradient of grazing intensity, from heavily grazed systems to systems with no grazing at all.

The ultimate goal for this project is to secure the future for biodiversity and livelihoods in rangelands across the world, and to alter global perceptions of degradation which can result in damaging and inappropriate policy. Without the right tools and knowledge in place, rangelands will continue to experience widespread degradation and the associated loss of biodiversity and resilience of the land, and loss of livelihoods. 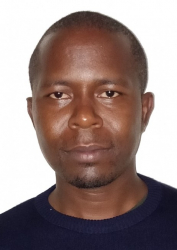